I started Shades of Magic trilogy! But…

The other two parts are yet to be released in Russian, so I’ll probably wait until it happens (which is soon, if we talk about A Gathering of Shadows), and I will be patiently waiting, because I’m 100% snatching a physical copy of the trilogy in Russian! Also same thing goes to ACOTAR series (and The Lunar Chronicles as well, if a re-print takes place in Russian publishing) 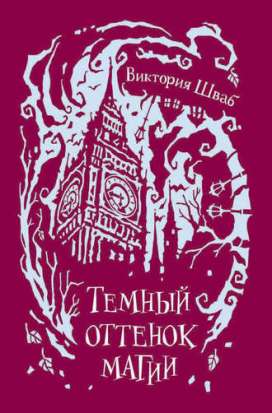 A Darker Shade of Magic
by V.E. Schwab

Synopsis: Kell is one of the last Antari—magicians with a rare, coveted ability to travel between parallel Londons; Red, Grey, White, and, once upon a time, Black.

Kell was raised in Arnes—Red London—and officially serves the Maresh Empire as an ambassador, traveling between the frequent bloody regime changes in White London and the court of George III in the dullest of Londons, the one without any magic left to see.

Unofficially, Kell is a smuggler, servicing people willing to pay for even the smallest glimpses of a world they’ll never see. It’s a defiant hobby with dangerous consequences, which Kell is now seeing firsthand.

After an exchange goes awry, Kell escapes to Grey London and runs into Delilah Bard, a cut-purse with lofty aspirations. She first robs him, then saves him from a deadly enemy, and finally forces Kell to spirit her to another world for a proper adventure.

Now perilous magic is afoot, and treachery lurks at every turn. To save all of the worlds, they’ll first need to stay alive. (cr.: Goodreads)

END_OF_DOCUMENT_TOKEN_TO_BE_REPLACED

Yeah, I know, I keep skipping TTTs recently, but, let’s be honest, I can’t be lying to you, writing about books I never read or discussing topics I have no knowledge of. Plus, not every single prompt is familiar with every single one book blogger, so I think it should be completely okay to skip topics you’re not the best at.

But sometimes you need to challenge yourself, right?~

END_OF_DOCUMENT_TOKEN_TO_BE_REPLACED

I think I was forced to ride an even crazier roller coaster than before. Like, right when you see the end of the ride, a sudden loop just takes you over. Yes, that’s what Mrs. Maas did at the end of ACOWAR.

Warning: Massive spoilers are inevitable in this review, so if you haven’t read the book series as a whole, or ACOWAR in particular, please feel free to skip the review to avoid being mindblown!

A Court of Wings and Ruin
by Sarah J. Maas 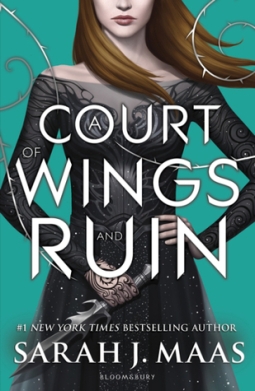 Synopsis: Feyre has returned to the Spring Court, determined to gather information on Tamlin’s maneuverings and the invading king threatening to bring Prythian to its knees. But to do so she must play a deadly game of deceit-and one slip may spell doom not only for Feyre, but for her world as well.

As war bears down upon them all, Feyre must decide who to trust amongst the dazzling and lethal High Lords-and hunt for allies in unexpected places.

In this thrilling third book in the #1 New York Times bestselling series from Sarah J. Maas, the earth will be painted red as mighty armies grapple for power over the one thing that could destroy them all. (cr.: Goodreads)

END_OF_DOCUMENT_TOKEN_TO_BE_REPLACED

I’m back from my short trip to Danang city with my best friend, and ‘as a luck’, I’m currently having a severe headache due to sudden change of weather surroundings (it was around 25-26 degrees Celsius in Danang while HCMC kept the temperature at around 29-30 degrees), so I’m trying not to pressure much over anything including book blogging (sorry about that!), but I also thought that I should slowly go back to being fully active, or otherwise, I’ll be stuck at this slump forever. And since it’s Wednesday, let’s do our regular Shelf control!

END_OF_DOCUMENT_TOKEN_TO_BE_REPLACED

A Court of Thorns and Roses
by Sarah J. Maas 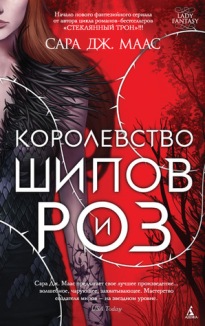 Synopsis: When nineteen-year-old huntress Feyre kills a wolf in the woods, a beast-like creature arrives to demand retribution for it. Dragged to a treacherous magical land she only knows about from legends, Feyre discovers that her captor is not an animal, but Tamlin—one of the lethal, immortal faeries who once ruled their world.

As she dwells on his estate, her feelings for Tamlin transform from icy hostility into a fiery passion that burns through every lie and warning she’s been told about the beautiful, dangerous world of the Fae. But an ancient, wicked shadow grows over the faerie lands, and Feyre must find a way to stop it . . . or doom Tamlin—and his world—forever. (cr.: Goodreads)

END_OF_DOCUMENT_TOKEN_TO_BE_REPLACED

Synopsis: “Every book has its secret…”
For several hundreds of years, the unlimited power of books was kept secret by bibliomantic society. Magic, traveling through time and space – this is only a small part of what books are capable of. Some books even allow you to alter the past…

Furia Salamandra Faerfax is a hereditary bibliomant, one of the most powerful magician in the ancient Rosenkreutz family. Her family has been hiding for years from the agents of Adamantine Academy because of the mistake commited in the past. The Faerfax family is hunting “empty” books that are capable of exterminating everything ever written on the Earth. But they have enemies much worse than the Academy, hungry for blood revenge… Furia loses everyone – her beloved father, her younger brother, all of her family. The only thing left for her is to fight.
END_OF_DOCUMENT_TOKEN_TO_BE_REPLACED

I ended up buying too many books this month. AGAIN.
Well, that’s who bookworms are, right?

But we’re here today to take out books that’ve been on our shelves for way too long, right? So let’s get to it!

END_OF_DOCUMENT_TOKEN_TO_BE_REPLACED

*I love them quotes so much hihihihihi

END_OF_DOCUMENT_TOKEN_TO_BE_REPLACED 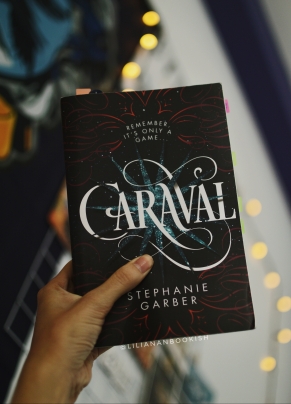 Synopsis: Scarlett has never left the tiny island where she and her beloved sister, Tella, live with their powerful, and cruel, father. Now Scarlett’s father has arranged a marriage for her, and Scarlett thinks her dreams of seeing Caraval, the far-away, once-a-year performance where the audience participates in the show, are over.

But this year, Scarlett’s long-dreamt of invitation finally arrives. With the help of a mysterious sailor, Tella whisks Scarlett away to the show. Only, as soon as they arrive, Tella is kidnapped by Caraval’s mastermind organizer, Legend. It turns out that this season’s Caraval revolves around Tella, and whoever finds her first is the winner.

Scarlett has been told that everything that happens during Caraval is only an elaborate performance. But she nevertheless becomes enmeshed in a game of love, heartbreak, and magic with the other players in the game. And whether Caraval is real or not, she must find Tella before the five nights of the game are over, a dangerous domino effect of consequences is set off, and her sister disappears forever. (cr.: Goodreads)

END_OF_DOCUMENT_TOKEN_TO_BE_REPLACED

Synopsis: There’s always something going on in the Old Town of Vilnius. Here, magical hats fall down on the heads of sad passer-bys, mermaids argue with werewolves, dreams constantly throw fun parties, ghosts start scamming with real estates, cats sometime tranform into fiery serpents, coffee shops serve cakes with thunders, and the number of streets keeps changing – when we started telling you these stories, there were only 108, now they’re at least two dozen more.
Which means, a sixth volume is needed.

END_OF_DOCUMENT_TOKEN_TO_BE_REPLACED 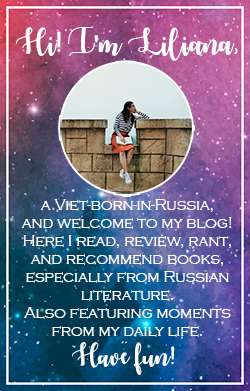 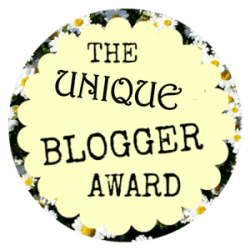